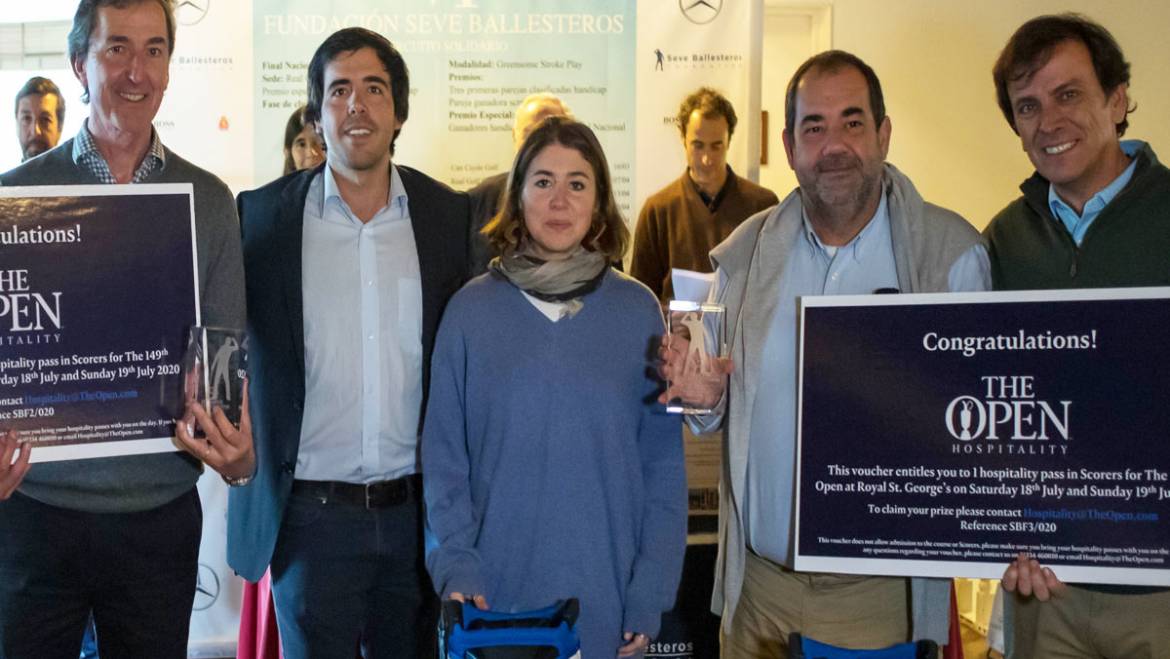 What better way to remember and spread the legacy of SEVE BALLESTEROS than in a solidarity golf tournament, where the funds raised go to the research work of the National Oncology Research Center, the world’s leading.

The SEVE BALLESTEROS CHALLENGE has been held for several years, with its sixth edition. The help of numerous people in  its organization, sponsorships and golf courses, among them Los Arqueros Golf, who provide their facilities to develop this solidarity event and the numerous participation of players who join the CHALLENGE every year, have been and are the key to success.

After a year full of tournaments played throughout the Spanish geography, in Los Arqueros Golf in July,  the final has been reached, held on November 16, 2019, at the Real Golf de Pedreña, among the 23 qualified couples. Unfortunately this year the weather conditions did not accompany us for the final and after only having played a few holes, the tournament had to be suspended.

In the end, by lottery, the ‘victory’ fell to the couple formed by Francisco Javier García Cutrín and Manuel López Silva, of the Real Aero Club of Vigo, and as a fantastic prize they are invited to enjoy the days of July 18 and 19 of the Open 2020 Championship courtesy of The R&A, and guests in transfers and accommodation by The Foundation. In addition to delivering the awards at the ceremony, the foundation’s work, its projection, programs, future plans, its commitment and solidarity with the research and treatment of cancer diseases were highlighted. However, the grand prize for all participants was to visit the trophy room of the private house of Severiano Ballesteros, where they were able to marvel at the trophies, countless memories and details of his dedicated and successful career.

Let us always remain united to this great event, to its solidary end, supporting them unconditionally in order to fulfill the dreams of SEVE BALLESTEROS and of all those who participate with the FOUNDATION, spreading its legacy.

Los Arqueros Golf, for its part, will remain firm, committed and delighted to be able to join again the next SEVE BALLESTEROS Foundation CHALLENGE.