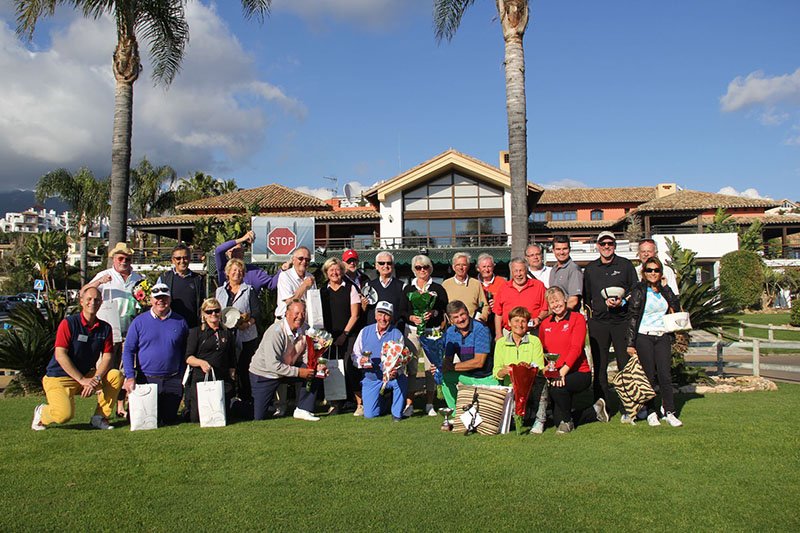 It rained a bit, insufficiently, in the Costa del Sol. However, the downpour during a couple of hours in the early morning of the 20th January came at the worst time and forced the Sydkusten pairs competition to be postponed for a week. Many Scandinavians that had planned their stay at the Costa del Sol to be able to play were unable to attend on the 27th January.

The reduction of participants did not affect the good atmosphere, once the sun began to shine. The pairs enjoyed the stupendous conditions at Los Arqueros golf course and the magnificent paellas served at the club house. The winning pair was from Sres. Dahsltrom, who triumphed over their rivals, some of whom were members of Los Arqueros.

It must be emphasised that the pairs were in fact the most successful when playing scramble, having total control of not only first place but also four out of the five places on the podium.

The top five were as follows: z

The full results, photo gallery and video can be found here.