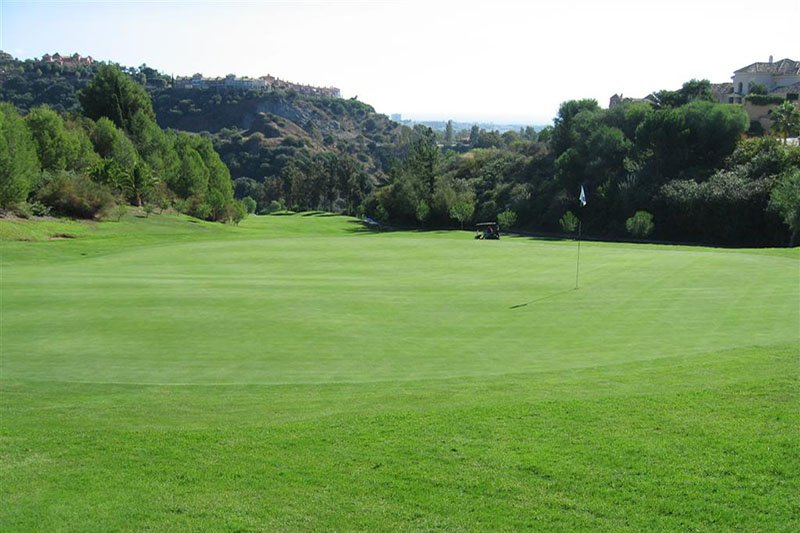 The handicapping system is a great leveller in golf and for the second match running we gave our opponents a large number of shots and found the going tough.

All of the La Cala players were just under 20 handicap but with the Slope were given two or three extra shots, and they all played very well.

In the first match Steve and Mike were reunited after Mike’s holiday and had to give 26 shots. They were quickly in to their stride going two up after the third hole but couldn’t win another hole until the 14th when they went 3 up with 4 to play. However they lost the next two holes to net birdies and managed to get two halves on the 17th and 18th to scrape home one up. It was their hardest home match to date even though they finished seven under par!

In the second match Dean and Brian also ran into a pair playing well below their handicap who also received 26 shots. They could never get ahead and steadily lost holes until their demise on the 15th – a very unusual result playing on our home course especially as we were two under par. Luckily Markus and Alan had an easier match comfortably winning 5&4 after a good solid performance- it helped that they were only giving 15 shots!

We are now only two points behind Alhaurín in La Liga but if this result is anything to go by it will not be easy to get what we need in the return match next Monday. We will need to take our A game that’s for sure!