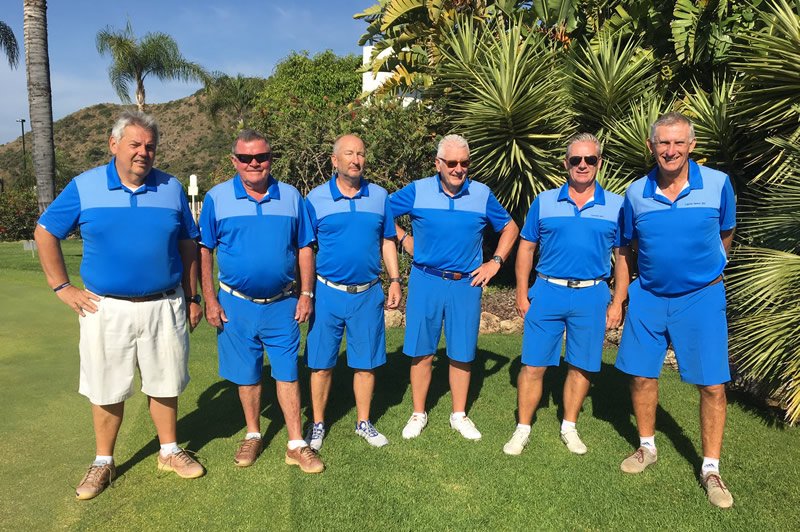 Last Monday July 10th, “La Liga” team travelled to Guadalhorce to play the return match and secured a good win by two matches to one, and 5-1 overall.

The course was in excellent condition, and the parkland layout certainly suited Mike and Steve who had five birdies in the first ten holes and cruised to a 5&3 victory. In the second match everything seemed to be under control with Dean and Ian three up after the 12th hole but their opponents then won five straight holes through some brilliant chipping and putting and won 2&1 – it just goes to show how you should never give up in match play! Fran and Alan completed the double by beating the same pair again as in the first match, despite giving 28 shots on their own course, in the third game by 4&3.

Excellent course, excellent hospitality, and an excellent result. There is now a mid-summer break and currently we are handily placed in the league with eight matches left and hopefully we can resume in top form in September to really contend for the title.

The results were: Los Arqueros 2 – Guadalhorce 1