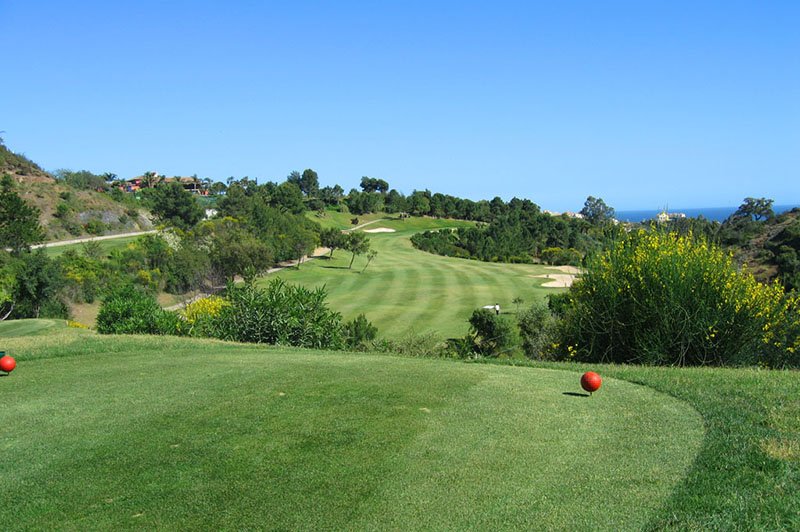 This was a very important match in La Liga because Alhaurin are the run-away leaders and if we are to have any chance to catch them we needed to win this game. In the first match Mike and Steve started really well again and were three up after four holes and steadily increased their advantage for a convincing 6 & 4 victory to maintain their 100% record.

The second game was much closer though and although Dean and Ian were never behind they couldn’t get away from their opponents until Ian birdied the 16th and they eventually won 2 & 1.

Unfortunately Alan Vowls had to drop out with a bad back, and Sean Calder very kindly stepped in at the last minute, but Fran and Sean ran into an inspired third pair who even had a hole in one on the 5th hole on their way to a 7 & 6 win.

Overall in both matches we beat Alhaurin by 3 1/2 to 2 1/2 for their first defeat of the season and hopefully we will get some more good results in the next few weeks to put more pressure upon our friends at Seve’s other course in La Liga.

The results were: Los Arqueros 2 – Alhaurin 1