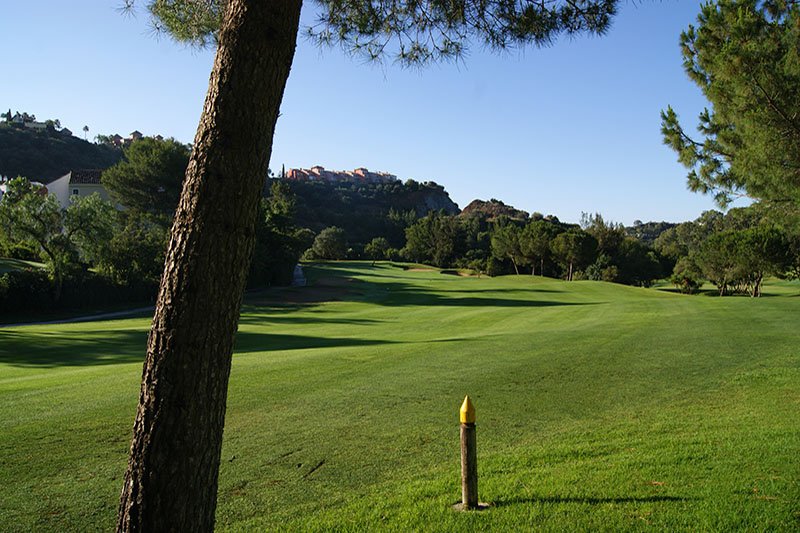 On Wednesday June 7, it took place a new match of the Senior League, Los Arqueros vs Alcaidesa.

Home advantage is very significant in the Senior League with all of the courses having their own peculiarities, and consequently it is imperative that you win your matches at home.

This was a good win against a competitive Alcaidesa side who are doing well in the League and made up for our 2-1 defeat on their course last month.

In the first match Mike and Steve kept up their winning streak with a comfortable victory by 7 and 5 finishing with a gross score of two under par, and in the third match Fran and Alan returned to winning ways with a good solid 5 and 4 victory after getting off to a flying start.

However in the second match Dean and Ian lost by 4 and 3 to a pair who played and, in particular, putted well, for the last nine holes played, and the hurdle of giving fourteen shots proved insurmountable. Such are the vagaries of match play – you can play badly and win and you can play well and meet the only opponent who plays below his handicap. They will probably win their next match easily!

The results were: Los Arqueros 2 – Alcaidesa 1

Next match is against table-topping Alhaurin on Monday at home.