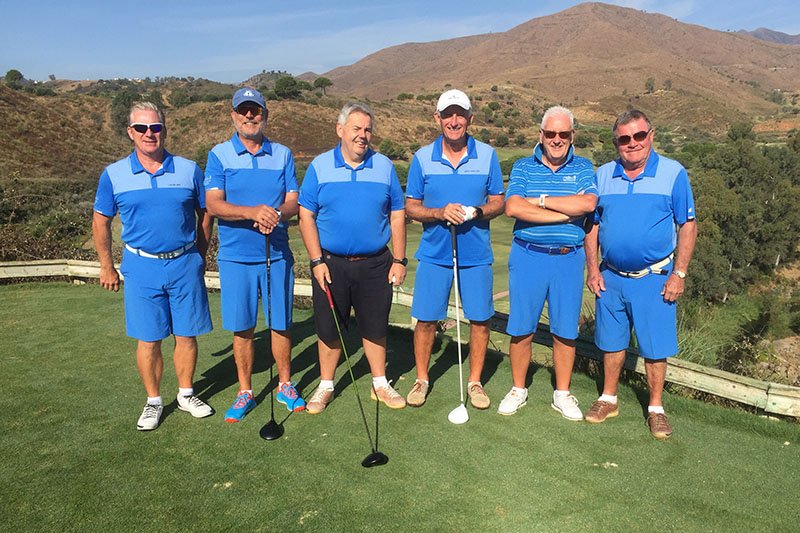 Despite their lowly position in La Liga, La Cala put up a very spirited fight in our two matches and we had to dig deep to come out on top 4-2 overall.

We played on the Americas Course which was in very good condition although the greens were slower than we are used to.

In the first match the lead changed hands many times before Mike and Steve won the 16th and 17th to win 2&1 against their toughest opponents yet (giving them 24 shots on their own course); unfortunately Dean and Fran started slowly losing four of the first five holes and although they battled back valiantly they succumbed on the last green two down; however in the last match Markus and Alan dovetailed really well and were two under par gross when they won 4&3 – they are obviously a very strong pairing and play very well together.

This win means that we now have 33 points – the same as Alhaurin but with one game in hand. We have two tough fixtures left against RCC Malaga and La Cañada but we now have the outcome of La Liga in our own hands. Well done to the whole squad for getting us in this position – now let’s finish the job!