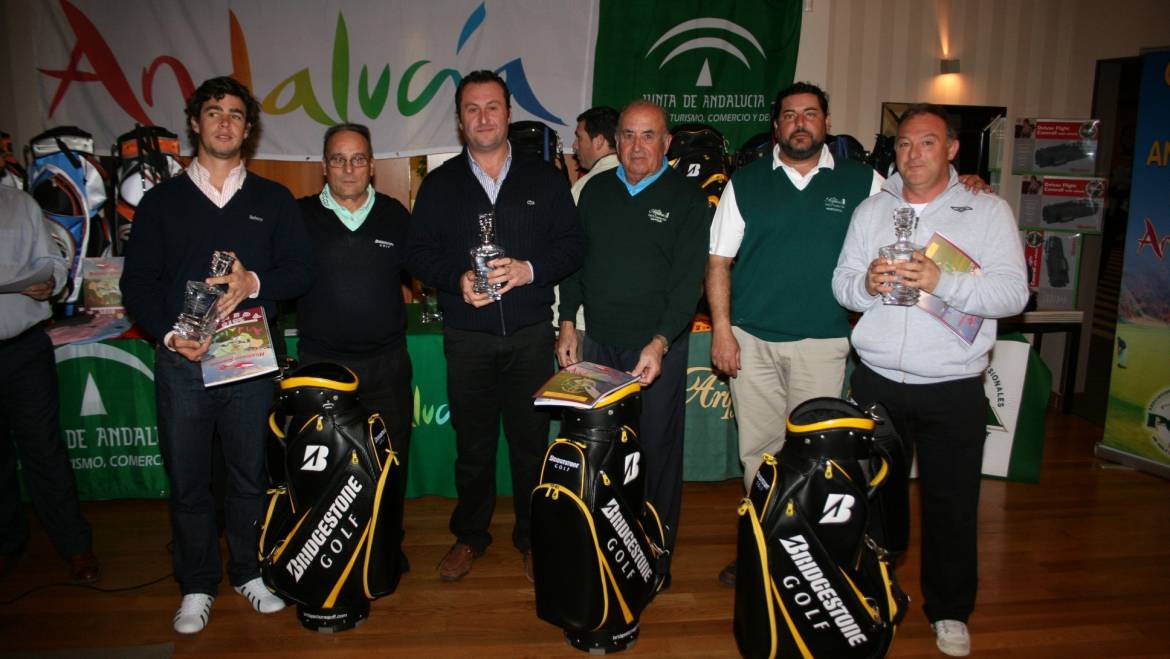 The family Quirós wins the first positions at Los Arqueros Golf in the first competition of the Andalucía Golf Circuit on Jan. 30th and 31st. The competition had a great number of players. The golf course was in very good conditions, considering the severe and constant rain of the previous weeks.

This proves the great job by the maintenance workers who gave a warm welcome to all the players.

The 50 teams that played on Saturday the first PRO-AM of the year, were composed by three amateurs and a professional. The modality of the game was scramble and they were distributed in two groups in the morning and in the afternoon. The winner was the team composed by the professional Daniel Quirós and the amateurs Ángel Acha, Javier Domínguez and Javier Guerrero.

The prize-giving and cocktail took place in the members lounge of Los Arqueros Golf and it was hosted by Mr Agustín García, captain of Los Arqueros and on behalf of the board of directors, Mr Miguel Antonio Jiménez, professional at Los Arqueros Golf & Country Club; Mr Juan Rosa, president of the APGA, Mr Angel Durán, secretary of the APGA board and Mr Juan Jóse Guillén, secretary of the organization. There were prizes for the best classifications and a ruffle with sport equipment for the rest of the participants.

Many thanks were extended to the Ministry of Tourism, Trade and Sports of the Junta de Andalucía, for sponsoring the circuit and also for promoting sports in our region and supporting our Andalusian professionals. Many thanks were also given to the staff of Los Arqueros for their courtesy.

The following day, the 98 professionals played the challenging and well kept greens. The strong wind did not allow the professionals to get good scores. Nevertheless, Raúl Quirós got 67 strokes (4 under par), followed by his brother Daniel and on third position their uncle Juan Quirós, player at the European Senior Tour.

The following competition will take place at Añoreta Golf on Feb. 20th and 21st..
For more information and classifications www.apg-andalucia.es