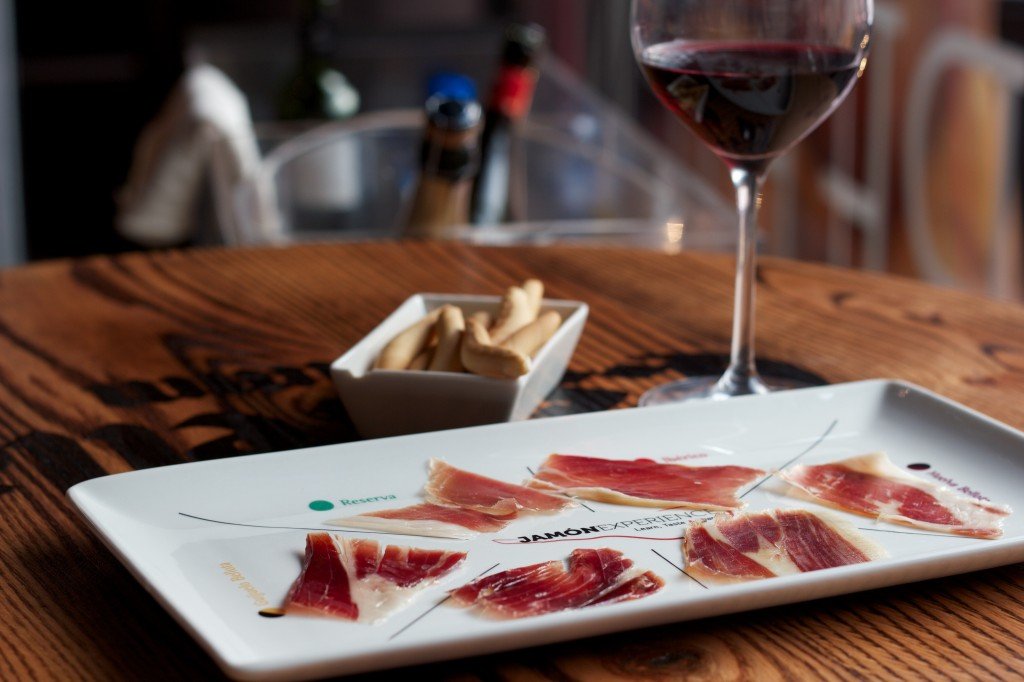 Mountain cured ham (Jamón Serrano) and wine are a very Spanish pairing that few refuse to test. With the hope of learning more about them and to taste them, Los Arqueros Golf hosted a jamón Serrano and wine tasting in late February and featured experts in this field.

For cutting, tasting and instructions on ham was one of the most considerate people in this field who has been winner of nations ham cut in 2004, 2005 and 2006 and several other awards who is worthy David Leocadio Corbacho. He, his brothers and his father are engaged also in this art. His years of experience in charge of the establishment “La Casa del Jamon” in Ronda and Marbella, have made him a renowned expert on everything that relates to this delicacy.

A large number of attendees, between partners and friends, tried a jamón Serrano with a certified origin in Guijuelo (Salamanca) and experienced 1st hand the art of cutting by David L. Corbacho and as indicated, a good knife is essential. He showed how the movement does not part from the wrist, but the hip and then one of the club members could try for himself to cut a thing slice. It was explained how to distinguish a good ham, where to start cutting and how to preserve it among many explanations given and questions raised by attendees. The cut and the presentation of the slices of ham ripped the applause and admiration of all those present who did not want to miss the Spanish delicacies.

For wine tasting, Conrad’s winery owners, Josef and Ami, accompanied by the winemaker Rodrigo Liem, presented three red wines with certified origin in Ronda, called Soleón, San Lorenzo and Cristina, who made a good pairing with the ham. Josef Conrad explained the type of grapes used, their preparation and how Ronda wines are becoming better positioned in the market by its recognized quality and international awards. They look for quality rather than quantity.

The tastings were well received by the professionalism and the quality of the products presented and it is to be repeated again.