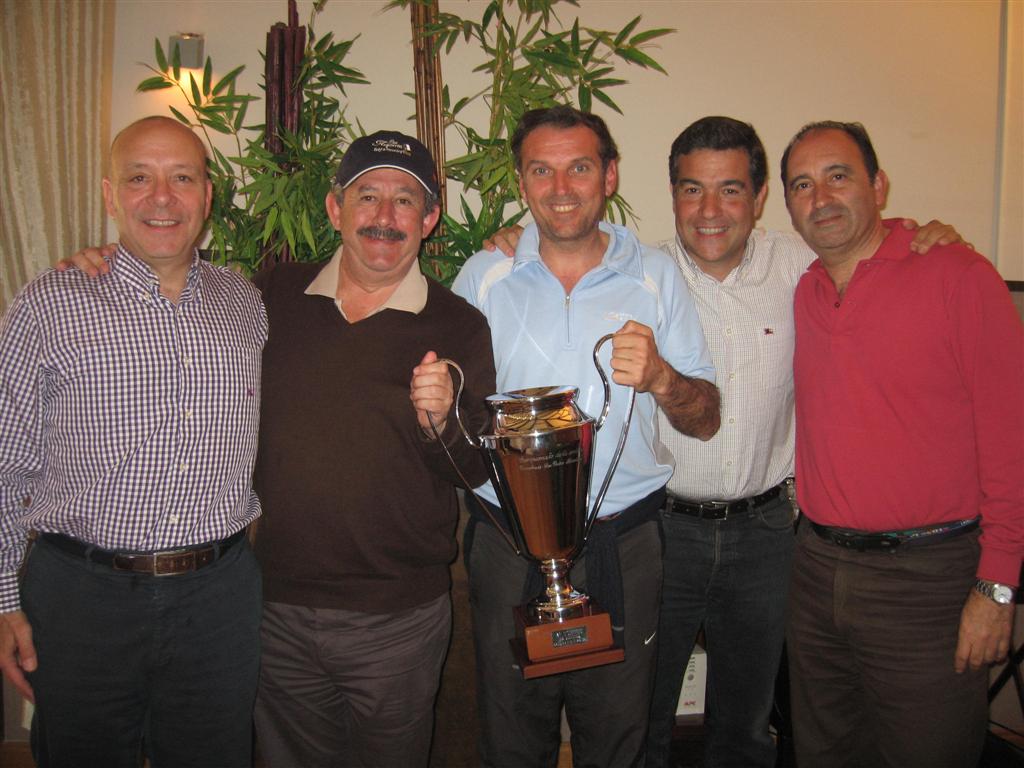 Traditions start but one never knows when they finish… with these words, the deputy mayor of San Pedro Alcántara, Mr. Miguel Troyano, welcomed all participants of the II Friendship Competition that for the second consecutive year has been played between Benahavís and San Pedro Alcántara with a great cordiality and sportsmanship. The place chosen was once again Los Arqueros.

The deputy mayor of San Pedro Alcántara, thanked Los Arqueros Golf for collaborating and holding this event, and handed over a plaque to its president, Javier Ballester, on its behalf and also to Benahavís.

On the other hand, Mr. Jose A. Mena Castilla, mayor of Benahavís, thanked the support from the personnel of the town hall taking part in the competition and also the different companies around the area for their compromise and making the events possible. Some of the collaborators were:

After the competition, a lunch was served by the Restaurant Los Arqueros Golf at the members’ lounge, followed by the prize giving where all players gave a great round of applause to the winner, the town hall of Benahavís who won the cup.

The tradition is expected to continue next year and we will see if San Pedro can beat Benahavís as in the first year.