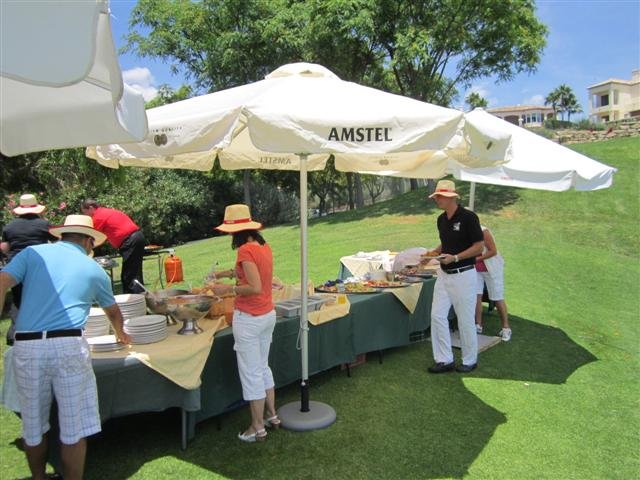 For the fourth year the Competition Los Arqueros Golf was held on the last 11 of June. There was good attendance and great atmosphere playing doubles scramble mode, where the three top ranked pairs were as follows:

This competition has already become a classic, which takes place once a year and its sponsored by Restaurante Los Arqueros Golf. Being very popular for its generosity in prizes, like televisions, computers, refrigerators for wine, bicycles, cameras, kitchen appliances, legs of ham, cases of wine, etc …. And its gastronomic generosity: catering service in the field during the competition and a magnificent buffet lunch before the awards ceremony. And this time, without going any further, opening the only “Chirringuito Golf Driving Range” on the Coast, where there was barbecue, paella buffet, beer, wine, champagne, mojitos, music …. etc, in abundance with a very, very happy atmosphere. ¡¡ And next year they repeat again… !!.