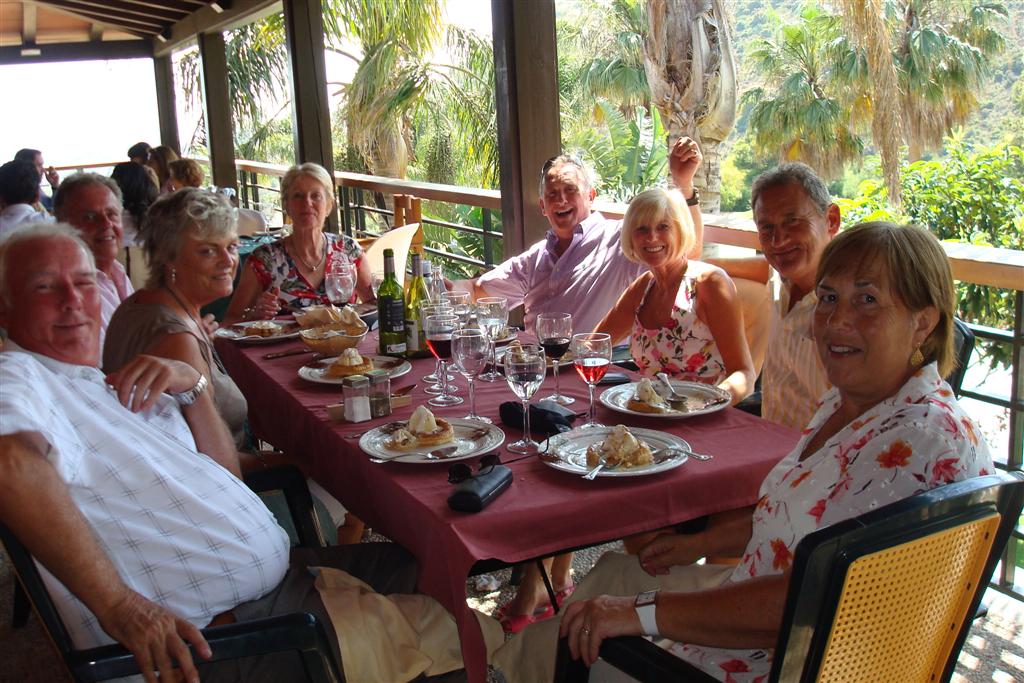 If the first competition promoted by Los Arqueros Golf Restaurant (Benahavís-Marbella) was a big success, this year, their second calling demonstrated the superb support and loyalty the restaurant has achieved from their clients, who took part in a golf competition at Los Arqueros Golf, followed by a great aperitif cocktail, lunch and prize giving.

Miguel Rus and Lars Eriksson, the owners of Los Arqueros Golf Restaurant decided to have a second competition after last year’s success. Thus, there were more than 130 people among players and friends. All of them corroborated the great golf day they had and the friendly atmosphere.

The category of the game was Mixed Texas Scramble and the winners were: Lene Spencer and Antonio Navarro, followed by Nicola and Francis Whelan who came in second, and in third place, Rita and Colin Henson.

There was no sign of crisis in the prizes for the raffle which included two TV sets, four digital cameras, four printers, an Iberian ham, a wine cellar with 60 bottles of wine and an endless list of other prizes for the rest of the participants.

The most emotional moment was when the captain of the club, Agustín García Agüera, received an appreciation award in the form of a plaque, in recognition of 15 years of tireless devotion and hard work as captain of Los Arqueros Golf, and for the many achievements and benefits he has rendered to the club.

This competition is becoming a tradition well looked forward to…..