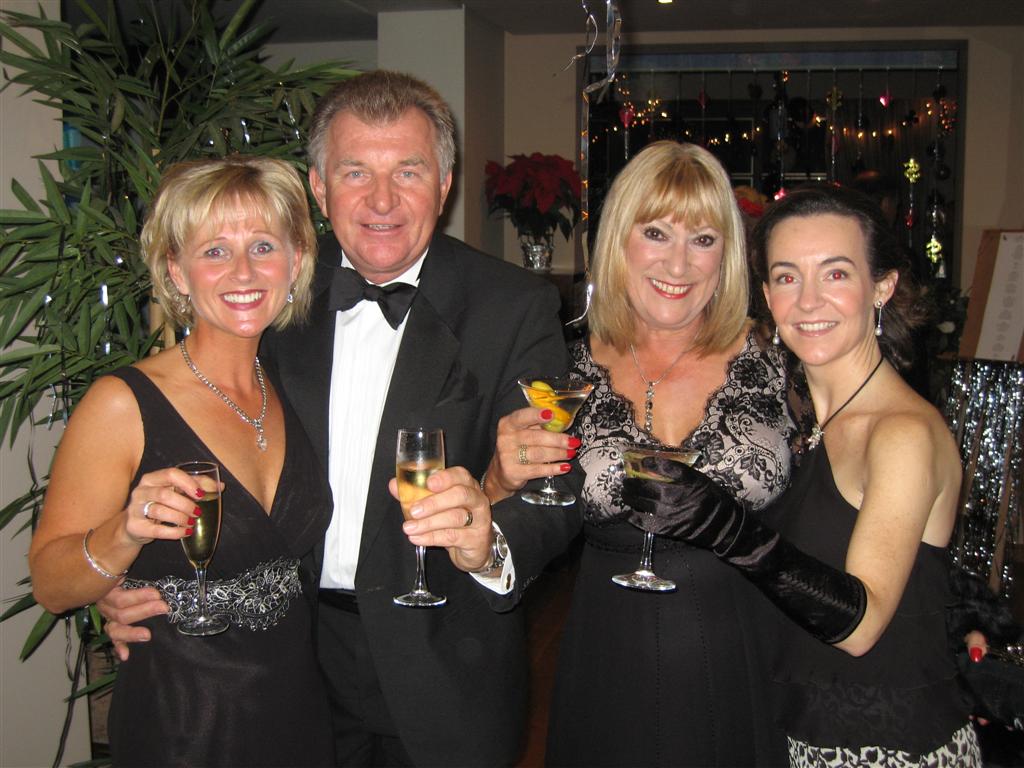 Inspired in “Casino Royale”, one of the latest James Bond films, members of Los Arqueros Golf and their friends gathered to celebrate Christmas. As in any of the 007 films, Martinis, stired but not shaken, were served to warm up and started in what tuned to be a successful night. The dinner was served by Los Arqueros Restaurant and it consisted of a buffet with a great variety of delicious salads, meat, fish and deserts beautifully displayed.Triple Ice was the music band from Málaga in charge of making people dance, Ricardo was on saxophone, Juan on key board and Olga, the vocalist, all showed great professionalism and cheered up the party.

The Social Committee of Los Arqueros Golf, Marie Gill, Tracey Allies and Karl Maresz were the organizers of this big event. They looked after even the smallest decorative details and all the amount of work resulted into a real movie environment. Of course they did not forget to set up a small Casino, betting was made with fake money but the croupiers made it look almost real. The winners, Nicola Whealan and Kevin Hine, won latest generation mobile phones sponsored by Direct Telecom.

The winners of the Club Competition Round Robin, Barbara and David Dalton were congratulated and received prizes too.

For those who wished so, they could make themselves at home and watch, on a giant screen located in one of the rooms, James Bond’s movies.

The attendants will nor forget a night where the star was not James Bond but all those present.