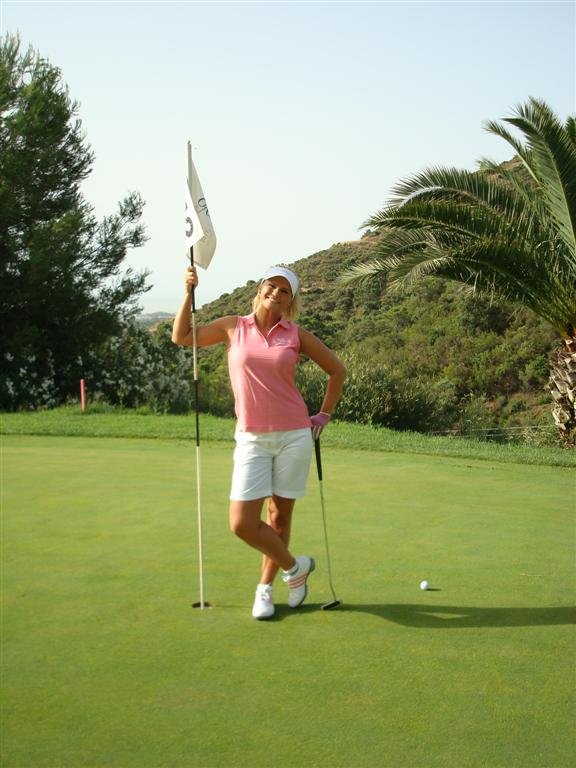 The celebrity Kerry Katona visited Los Arqueros Golf to film a reality show for Can TV. She showed great enthusiasm learning how to play golf and receiving lessons while the filming took place. It was for a new series which the transmission is likely to be autumn 2010.

Los Arqueros Golf was selected among the rest of the courses on the coast because of the good course conditions, stunning views and friendly atmosphere, which makes it ideal not only for playing but also for filming.

After filming the crew enjoyed a breakfast at the restaurant terrace, where they could relax and enjoy themselves.

Kerry Katona is an English singer, actress, author and television presenter. Best known for her television work, predominantly in light entertainment and reality shows. She has also been a pop singer with girl group Atomic Kitten, a magazine columnist, an actress, and the “author” of ghostwritten books that include an autobiography and several novels. She has appeared in television commercials, notably for the Iceland and Asda supermarkets.